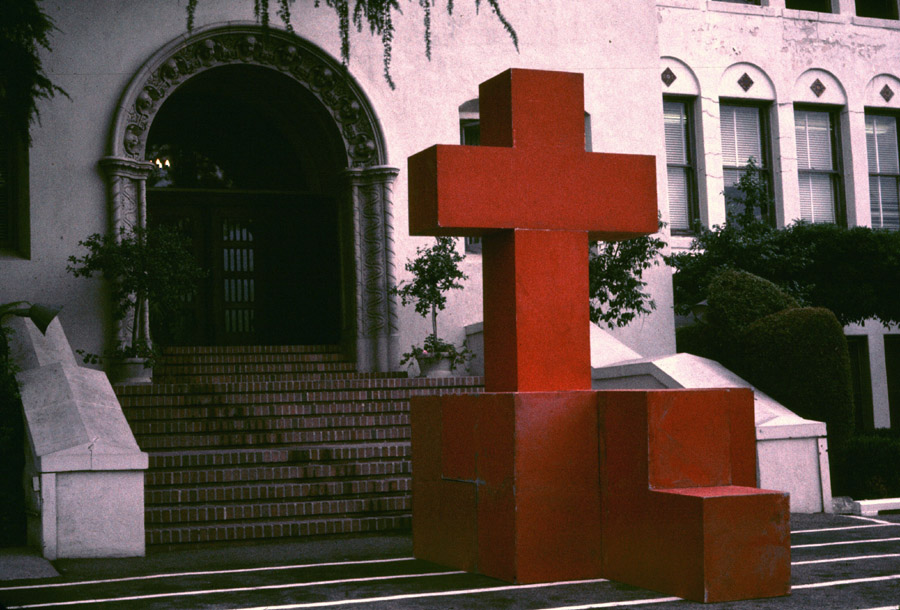 We did a children's show one spring and we used the soma cube for the setting.
The cubes were made of a framework of  3/4 in tubing welded together rightly enough,
and they were covered with  aluminum sheeting screwed to the framework.  The cubes
were light enought that  they could be mounted in many ways, forming different environments
as the play progressed.  I did not invent the soma cube, it was a popular toy in the 1960's.
Since it was familiar to the young folks, I just adapted it to work  for us in this children's show.
Thurston James
Sherman Oaks Calif.

My friend Ken Clements and I found the cubes in a junk area behind the art building, and decided
it would be a good hack  to construct a religious artifact at the entrance to the administration building.
Despite being "light enough to move" the damn things were heavy and hard to manipulate with only 2
pairs of hands, in the dark, in the dead of night.  The security guy later told me he had to delay his rounds
for a long time to avoid interrupting us.
Dave Dyer
Los Angeles, Calif.